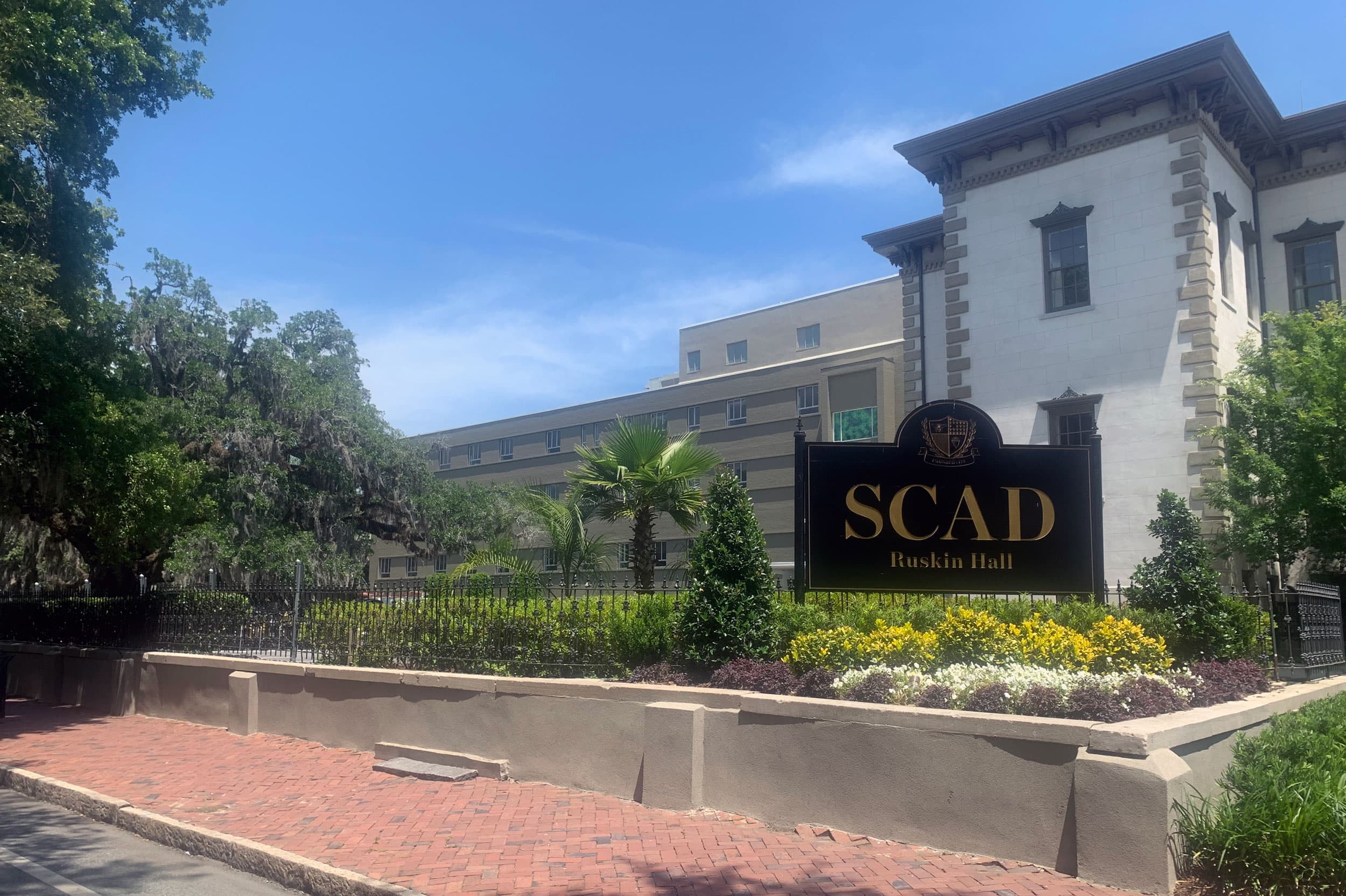 The Savannah College of Art and Design (SCAD) is facing a class-action lawsuit brought on behalf of students seeking partial tuition reimbursement for the Spring 2020 quarter after the school shut its campus and moved classes online during the COVID-19 crisis.

Members of the lawsuit class include “all persons who were registered for in-person Scad Spring quarter 2020 classes on March 12, 2020, and all persons who paid tuition for Scad Spring quarter 2020.” Bowen Painter Trial Lawyers is asking any students or parents of students who want to be represented as members of the class to call Bowen Painter Trial Lawyers at (912) 335-1909, email Associate Attorney Constance Cooper at constance@bowenpainter.com, or fill out the form below.

You will receive a confirmation email immediately. We will contact you within 1 business day. Your Information is SecureForm submission and does not guarantee representation.

The lawsuit was filed in the Superior Court of Chatham County by Savannah’s Bowen Painter Trial Lawyers. Bowen Painter has since partnered with the firm Harris Lowry Manton to represent students in this case.

“We’re asking Scad to acknowledge what they are providing through online classes is most definitely not the same caliber of instruction or experience that these students were promised when registering for in-person classes,” said Andrew Bowen, the attorney filing the suit.

“They’re losing access to the campus, to networking events, to studios, and remember, this is an art and design school. Students rely heavily on the school’s physical resources for an effective education.”

“This lawsuit by no means takes issue with the university’s decision to follow social distancing practices,” Bowen said. “But neither law nor equity will tolerate Scad taking federal coronavirus funds, lavishly compensating the university’s president, and maintaining significant real estate holdings worldwide, along with a private jet—all the while refusing to refund any portion of students’ tuition dollars.”

Despite receiving $8.2 million in federal funding under the Cares Higher Education Emergency Relief Fund, Scad thus far has denied repeated requests from students for a partial tuition refund, according to the lawsuit.

As a non-profit organization, Scad is exempt from significant tax liability. In Savannah alone, where Scad owns real estate with a tax-assessed value of $276 million, the university is exempt from paying any property tax on $261 million of its real estate holdings. According to Scad’s most recently available federal tax filings, the university paid its founder and president, Paula Wallace, $2.5 million in 2017.

Harvard’s president was paid $1.7 million that same year. In 2014 alone, Wallace was paid $19.9 million. On April 22, Harvard University caved to public pressure not to accept federal stimulus dollars, given the size of the university’s endowment. Harvard announced it would not accept $8.6 million in taxpayer funds awarded under the Cares Act. Scad, conversely, is accepting the $8.2 million it was awarded.

Undergraduate tuition at Scad is $12,525 for a ten-week quarter, which comes to $1,252.50 per week. In addition to closing university facilities and moving to online-only instruction, Scad shortened the Spring 2020 quarter from ten weeks to nine. Yet the school has retained the entire $12,525 students paid for the quarter.

Students have filed class-action suits against 25 other universities nationwide, requesting that these universities return fees and tuition at levels proportionate to the in-person experience the students missed, and that number continues to grow. Scad is unique among universities in two respects: The university does not separate fees from tuition, and it operates on the quarter system.

Q. Will Scad retaliate against me?

A. This is, sadly, our most frequently asked question. You should not be paying your tens of thousands in tuition to a school you feel threatened by.

If Scad were to retaliate you, the Court could bring sanctions against Scad. We have successfully sought sanctions against defendants who acted in bad faith in the past and stand ready and willing to do so in the future.

But here is an important point: our representation agreement specifies that your name will not be listed among our named plaintiffs (aka “class representatives”) unless you and Bowen Painter both agree in writing.

Also, know that any communication you have with Bowen Painter will fall under attorney-client privilege and cannot be disclosed by our firm.

Q. But what if I decide to become a class representative?

A. Makari Roerkasse, the brave student who stood up first to be our named class representative, has not experienced retaliation from Scad to date.

Ask our client, Yu-Heng Li, whom most of you know by his nickname “Pink” and who has given us permission to share his story, how he was safer, without a lawyer, or with one?

As many of you know, Mr. Li was suspended from Scad purportedly because the university accused of him being the host of an off-campus party in January. Then Scad officials told Mr. Li his student visa would be revoked. This happened before we became Mr. Li’s lawyers.

Given that he was suspended in May, after launching “A Choice Scad” online campaign to refund a portion of Spring 2020 Quarter tuition, we have filed a lawsuit on Mr. Li’s behalf, a lawsuit separate from the class action, claiming the suspension was retaliation for Mr. Li’s social media campaign.

On May 21, we won an injunction stopping Scad from having Mr. Li’s F-1 student visa revoked.

Q. Will I be charged anything?

A. You know those commercials on Tv where the attorney says, “No fee unless we collect for you”? Well, we aren’t lawyers who rely on television advertising, but the fee structure holds the same.

We work on what’s called a “contingency fee” basis. After everything is said and done, we’ll take a percentage of the verdict or settlement. In class actions, it’s up to the Court to decide what that percentage is. But 25% is pretty standard, so that’s what we’ve put in our representation agreement.

Note that although our contract says the client must cover expenses, those expenses will Not be charged unless we collect from our clients. As plaintiff’s trial lawyers, we assume the risk that if a case isn’t successful, we cover the expenses ourselves. As with the contingency fee structure, expenses must be approved by the Court.

Q. How can I best support this lawsuit?

A. Sign up to be a plaintiff. Again, you will not be named unless both you and Bowen Painter agree in writing. But we need to sign up as many students as we can so we can represent the entire student body, every class year, every major, and as many people as we can on both the Savannah and Atlanta campuses.

Students, your strength is in numbers. And your numbers are this case’s strength.

Q. Are other students signing up?

A. We’re working overtime trying to keep up with the inquiries. Currently, we’ve had over 300. And counting.

A. Fill out this questionnaire and we will send an electronic copy of our representation agreement via AssureSign for your review and electronic signature.

Although the legal age to sign a contract in Georgia is 18, we encourage you sent your parents this email and a copy of the contract for review. There are two reasons for this (1) they’re your parents, and you should probably listen to your parents, and (2) if your parents (or other guardians) signed parent Plus loan agreements, or paid tuition outright on your behalf, they may have claims as well.]

If you would like to be represented as members of the class, call Bowen Painter Trial Lawyers at (912) 335-1909 or contact us online today for more information. Our injury lawyers in Savannah are here to help you.